The Tampa Bay Tech scene has exploded. Come hear who are the players, where are we headed and what the landscape looks like for 2021. You won’t believe who’s living and working in the Bay Area to make our region one of the top tech centers in the country.

This is an indoor event.
Each person will be at their own 6ft table.

Lunch provided by ReBuilt Meals - you will need to pick your choice of meals, once you register you will receive the menu. Individually sealed cutlery and drink bottles will be used and sanitized. 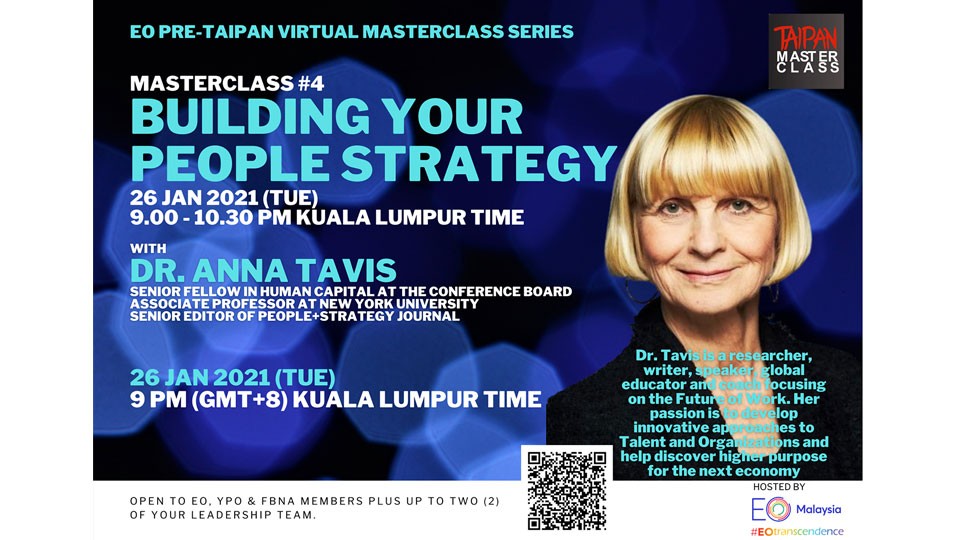 Zoom link will be sent to registrants one day before the meeting. Each Member/Accelerator/SLP can bring 2 staffs/guests.

EO Malaysia will host annual regional, physical-event, TAIPAN Innovation & Outthinkers Masterclass in Kuala Lumpur, from 17th to 19th March 2021. For over three days, Kaihan Krippendorff will share with us on how we can strategize, drive innovation from within and outthink the competition using his Outthinkers Playbook and Driving Innovation from Within IN-OVATE Framework, which is based on years of intensive research, built on the latest thinking and experiences of experts, employee innovators, insights from top strategists from the Outthinkers Strategy Network and more.

For the coming months leading up to the eventual TAIPAN Innovation & Outthinker Masterclass, Kaihan Krippendorff and co will share with us some snippets and insights into how we can strategize, drive innovation from within and outthink the competition in a series of virtual sessions (90 minutes). All dates are confirmed as below and all sessions will start 9.00 pm Kuala Lumpur time.

EO Malaysia invites you, our esteemed EO members, plus up to 2 of your senior leaders to join us in these virtual masterclass, complimentary.

Speaker/Facilitator’s Profile
Dr. Anna Tavis is a Senior Fellow in Human Capital at The Conference Board and an Associate Professor of Human Capital Management at New York University, senior lecturer at Latin American Business School, and the Executive Director for the Innovation Radar Network at Executive Networks.

Dr. Tavis is Senior Editor of People+Strategy Journal a publication of HRPS, SHRM’s Executive network where she edits the Perspectives section. Her latest articles HR Goes Agile ( 2018) and The Performance Management Revolution (2016) appeared in HBR and reprinted in HBR Must Reads 2018. The Definitive Management Ideas of the Year. The two volumes of edited essays Point/Countrpoint: New Perspectives on People and Strategy ( 2013 and 2017) were published by SHRM and approved for HR professional certification credit.

Prior to returning to Academia, Dr. Tavis navigated a diverse global career in business and consulting. In business, Dr. Tavis was Head of Motorola’s EMEA OD function based in the UK, Nokia’s Global Head of Talent Management based in Helsinki, Chief Learning Officer with United Technologies Corp based in Hartford, CT and Global Head of Talent and Organizational Development with AIG Investments based in NYC.

Born in St. Petersburg, Russia, she got her Doctorate at Princeton University and Executive MBA from the University of South Carolina. Dr. Tavis speaks English, Russian, German, Spanish and is an avid Astanga yoga practitioner. 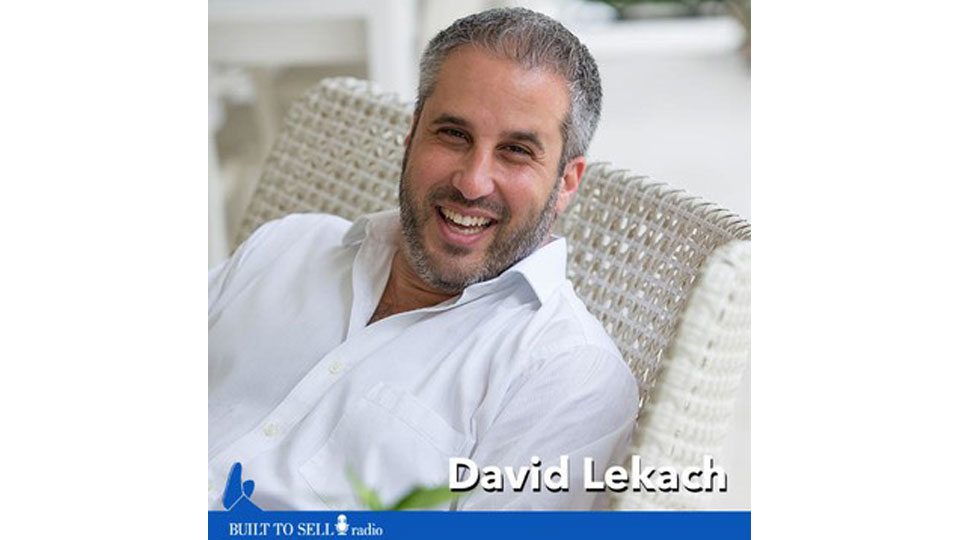 IT WAS ALL A DREAM... A story of ingenuity & perseverance with a happy ending

• Share an experience of David's journey founding, developing and then selling his company Dream Water for $34.5 Million

David Lekach started Dream Water; a natural sleep aid bottled in a 5 oz shot similar to the famous 5-Hour Energy Drink. Lekach built Dream Water up to almost $10 million in annual revenue before selling it to Harvest One, a cannabis company, for $34.5 million in cash and Harvest One stock. With a focus on key takeaways and learnings along the way, one of the biggest takeaways for aspiring value builders is staying focused on what you’re good at and outsourcing the rest. In Dream Water’s case, Lekach saw his role as “selling Dream Water, not making it.” That meant he outsourced the manufacturing, packaging, and distribution of Dream Water to a co-packer while Lekach and his team focused on selling it. They launched Dream Water in New York, with a catchy public relations hook of helping “the city that never sleeps get some rest.” Instead of focusing on gas stations where 5-Hour Energy had a stronghold, Lekach reasoned that sleep aids are sold at a pharmacy, so they partnered with giant retailer Duane Reade for their launch in Manhattan.

There’s lots more to learn from Lekach so please join us. 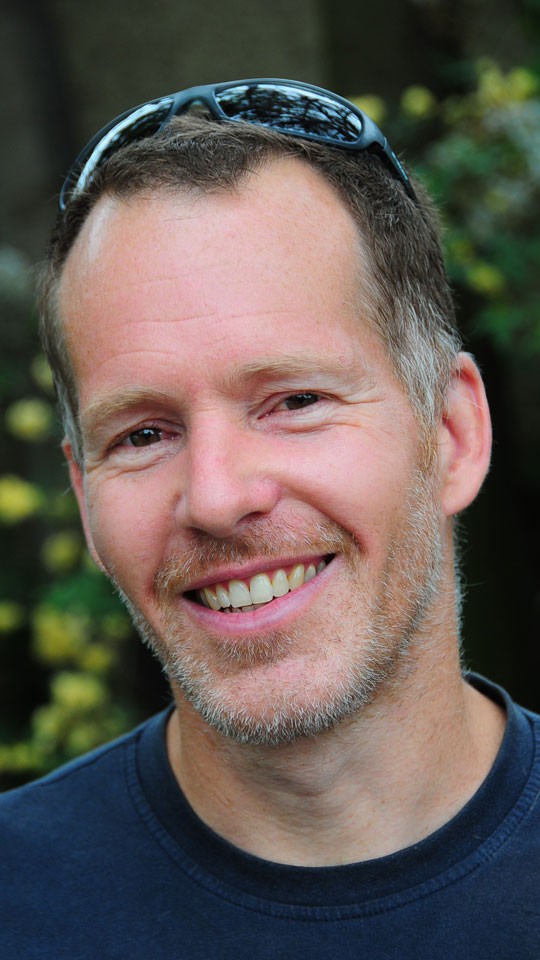 "5 years 8 months is a long time. I believe that I'm like any other person. I’m no different. We all have problems and we shouldn’t judge one another, as we have different coping mechanisms and breaking points.

I do however, believe that it's our attitude that separates us and determines how we cope. Some people give up too easily.”

Stephen is from Johannesburg, South Africa. He obtained his degree in Finance and worked in some of the large South African banks. In order to expand his career, Stephen went across to the UK and worked in London for 7 years.

While in London, Stephen met his wife, Catherine, who shared the same desire to return to South Africa; start a family and manage his family's farming business.

It was this farming business that inspired a passion for the outdoors and planted the seed in Stephen for adventure from a young age. At the age of 11 he learnt to ride a small motorcycle on the farm. The freedom he felt from riding in the eastern Free State, near Lesotho, ignited his desire to ride a motorcycle through Africa, with home being the final destination.

An unexpected turn of events interrupted his life long dream. En route home, Stephen was abducted by Al Qaeda and held hostage in Mali for almost 6 years. He is currently the longest held surviving Al Qaeda hostage in the world.

He was kidnapped from Timbuktu, along with a Dutch and Swedish national on25 November 2011. He was 36 at the time of the kidnapping.

During Stephen's abduction, he was kept far from civilisation, deep in the Sahara, away from the searching eyes of French surveillance planes and drones. He was allowed limited communication with his family in the first six months of his captivity. However, when the French Military Forces arrived in Mali, this ceased altogether. Stephen was cut off from all familiar ways of life.

Living outdoors in harsh conditions meant that he had to acquire a variety of new skills including how to protect himself from the elements as well as how to communicate across language and cultural boundaries. But most of all, he learnt how to stay alive; remain positive and be present when everything was stacked against him. Uncertain as to whether he would ever be released or die in the expanse of the Sahara, he made a decision to not let his situation get the better of him. He decided to rather hold onto hope and take control of his attitude.

Stephen was finally released in August 2017.

Stephen continues to claim back his life with a fresh and positive outlook, using the skills he acquired in the desert during his extreme experience. A part of this process is sharing his story to inspire others with hope and a way to overcome any situation that challenges or tests them.

"If I was not going to be killed, then I needed to use this time productively and come back a better person. After all, the biggest tragedy would have been to have wasted my 5 years 8 months in the desert, to come back angry having learnt nothing. I had to make the most of my time!" 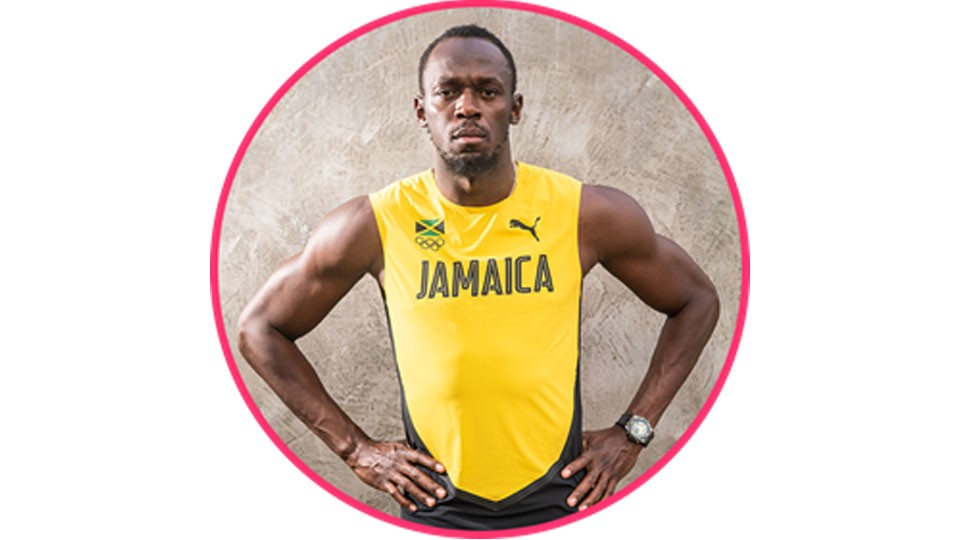 Hear as Usain Bolt shares in his own words what it takes to become a true legend in the sporting world and how the principles he has honed over years of training can be leveraged in business.